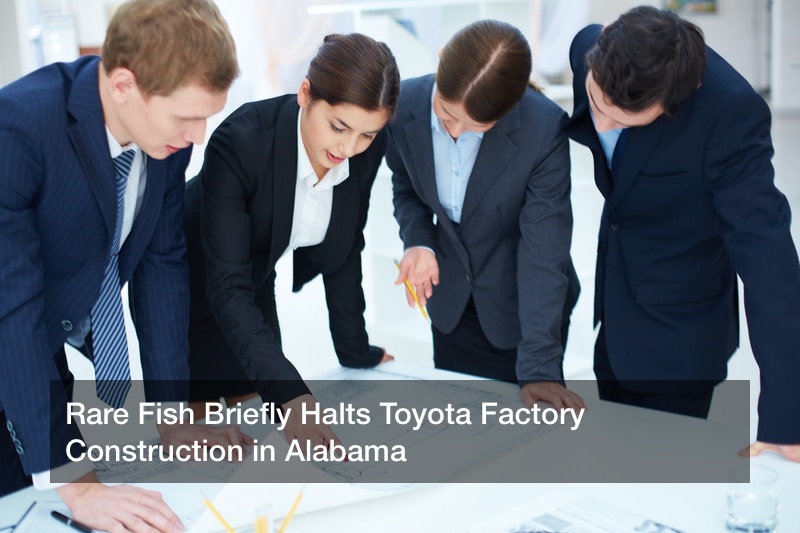 New car sales have experienced a boom in recent years. While around 40 million used cars exchange hands every year, around 17.13 million new cars were sold at dealerships around the country last year. Irrefutably, one of the most well-known car manufacturers both in the U.S. and beyond has to be Toyota. While the company was deemed the fifth-largest in the world last year in terms of revenue, the brand recently hit a snag during the construction of a new automotive manufacturing plant in Alabama. And the source of blame was an unlikely one: a fish.

The pygmy sunfish was the species that caused all the commotion. Back in June, the Center for Biological Diversity filed a lawsuit (surprisingly, against the U.S. Fish and Wildlife Service, rather than Toyota) that cited the Endangered Species Act of 2012. The CBD claimed that this type of sunfish — which rarely grows to be bigger than an inch — dwells only in a six-mile area in Limestone County streams, where the Toyota-Mazda plant is being built. They argued the fish would be further endangered by the plant’s construction and that the U.S. Fish and Wildlife Service had failed to establish an area near the plant as protected habitat for the fish, thus making it more vulnerable to extinction.

Conservationists are likely glad the area was inspected beforehand. Considering that only between 2% and 10% of shipping containers are inspected, it’s a good thing this construction project took the time for an extra scan of the area.

Earlier this month, company official Kim Ogle told the press that they had “temporarily suspended construction,” but that doesn’t mean that the plant won’t eventually be built. The short-term suspension impacted only groundwork preparation, during which surveys will be completed to assess the impact on local habitats and to promote sustainability. Toyota noted that they expected their work would resume shortly.

And they were right. Considering that the U.S. construction market was worth $1,162 billion in 2016, Toyota is likely relieved that the delays were not more substantial. Mayor Tommy Battle of Huntsville announced that Toyota could resume work on the plant the week of July 13 and told the press that Toyota has taken the necessary steps to ensure the environment will be protected.

Battle said, “Toyota, to their credit, said let’s make sure one last time. We have studies that show we’re in great shape there, that we’re protecting the habitat — probably protecting it better than when it was farmland.”

Toyota has noted that the temporary stop will not impact the plant’s estimated startup date in 2021. Toyota and the city of Huntsville have reported that the plant will produce up to 300,000 cars a year once it’s up and running. And with any luck, no fish will be harmed in the making of these vehicles.