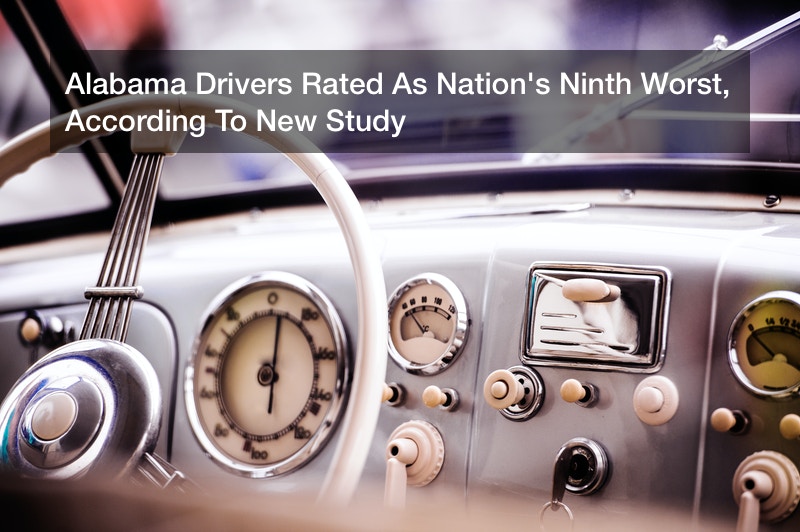 Each and every year, approximately 1.25 million people die in car accidents, with 20 to 50 million more suffering non-fatal (yet sometimes debilitating) injuries. The National Highway Traffic Safety Administration (NHTSA) reports that there are over 50,000 accidents every year related to towing alone. Alabama drivers have been considered to present a higher risk out on the road than those from other states in the nation for several years. And while drivers have managed to improve a bit from last year, SmartAsset has still ranked Alabama on its list of top 10 worst drivers — this time, coming in at number nine.

The financial technology company used DUI rates, the percentage of drivers with auto insurance, the number of people killed per 100 million vehicle miles, and frequency of “parking tickets” Google searches to determine the 10 worst offenders for their list. According to their data, Alabama has the 18th-highest fatality rate per 100 million vehicle miles driven and the 12th-highest rate of “parking ticket” and “traffic ticket” Google searches. The study also pointed out that Alabama drivers are more likely to forgo auto insurance than 43 other states in the union, as approximately 20% are uninsured.

There is a bit of good news, though: Alabama managed to improve enough to move from last year’s sixth-worst ranking. California, Nevada, Texas, Oklahoma, Tennessee, Louisiana, Mississippi, and Florida were not so lucky.

Strangely, a different recent study conducted by Allstate (based on accident report data only) found that some of the nation’s safest drivers can be found in Alabama. In fact, their data shows that four of the top 200 safest driving cities are in the Yellowhammer State. Montgomery was rated as the 22nd-safest, while Mobile and Birmingham snagged spots 36 and 43, respectively. Huntsville was granted the fourth-safest designation in the country. Drivers in these cities are less likely to experience collisions, according to Allstate.

While the data seems to be conflicting on the surface, the two studies actually use very different metrics. Therefore, even if drivers in Alabama aren’t necessarily at higher risk for a crash, it seems like the consequences of an accident might be more pronounced. And regardless of whether you believe you’re a good driver, most experts would agree that you should still invest in car insurance.