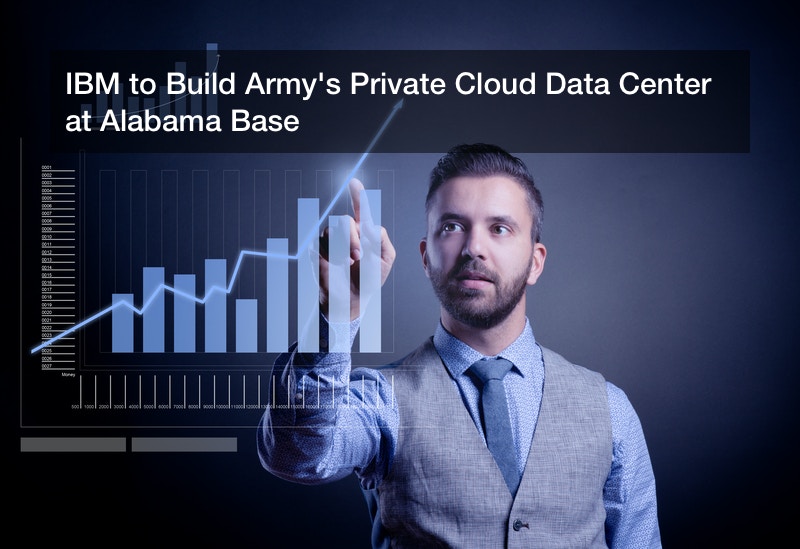 The days of sending sensitive information via email is long over. If we learned anything from last year’s election, it’s that both businesses and private citizens alike need to take steps to protect their sensitive data. In fact, more than half of the respondents in one survey said that their organization chooses to transfer confidential information via the cloud for this exact reason.

With impending threats to our nation’s cybersecurity, the U.S. Army needed a reliable way to share information yet keep it out of the wrong hands. IBM has answered the call, and the company will build a $62 million private cloud data center for the Army’s secure use.

IBM will also be responsible for managing and operating the military cloud data center. This shift will consolidate hundreds of military data sites around the globe into one comprehensive location: at the Redstone Arsenal in Alabama.

Nearly 63% of organizations use a private cloud system to manage their data, but the one IBM will develop for the Army has to pass exceptionally strict qualifications. The project requires a Defense Information Systems Agency Impact Level 5 Provisional Authorization. As of now, IBM is the only company to receive this authorization for infrastructure solutions on government premises, according to a company press release. This grants IBM the “authority to manage controlled, unclassified information.” The Army expects that IBM will eventually reach the next and highest level offered, which would allow them to work with “secret” classified data as well.

The move is long-overdue, according to Sam Gordy, general manager of IBM’s U.S. Federal division.

“There are over 183 individual command and control systems [alone], some of them written in computer code back in the ’70s. Those systems aren’t talking to each other, the code is aging, the people who know how to write the code are retiring, and there’s really the need to bring all that forward, to modernize and update it,” says Gordy.

His sentiments were echoed by Lt. Gen. Robert Ferrell, US Army CIO, in a release.

“With this project, we’re beginning to bring the IT infrastructure of the U.S. Army into the 21st century. Cloud computing is a game-changing architecture that provides improved performance with high efficiency, all in a secure environment.”

Redstone Arsenal was chosen because of its existing data center and vast space. It’s also good news for Huntsville, Alabama residents, as Gordy noted that there will “absolutely” be new jobs available in the area at the expanded data center.

Not only that, but the new Alabama data center is the first of four intended cloud data centers IBM intends to build for the Army.

The Army works hard to keep U.S. citizens safe from physical attackers, so it only makes sense that they have more safeguards in place to protect their data from digital threats, too.

There has been a lot of technological advancements in the recent past. These advancements have their advantages and disadvantages. The main disadvantage is the risk that technology puts on people’s data and information. Whenever a person communicates or stores their data, they risk being hacked into. Such hacking is known to compromise data. The good news is that a cyber security policy enables people and organizations to protect their data from hackers. Various advanced cloud technologies provide an organization with the necessary software for active cloud solutions.

Cloud solutions enable organizations and people to manage and protect data. One of the main advantages of cloud platform is that it manages, stores, and protects data on behalf of the organization. Hence, the company would not require IT expertise to protect their data against cyber attackers. They need to look for the right cloud platform to take care of their IT needs. There are plenty of such platforms that one can choose from. Cloud hosting definition is that the cloud platforms have been designed to block the security issue created by technological advancements. Therefore, if people’s information is to be protected, there is a need to use the services of a reliable cloud platform.